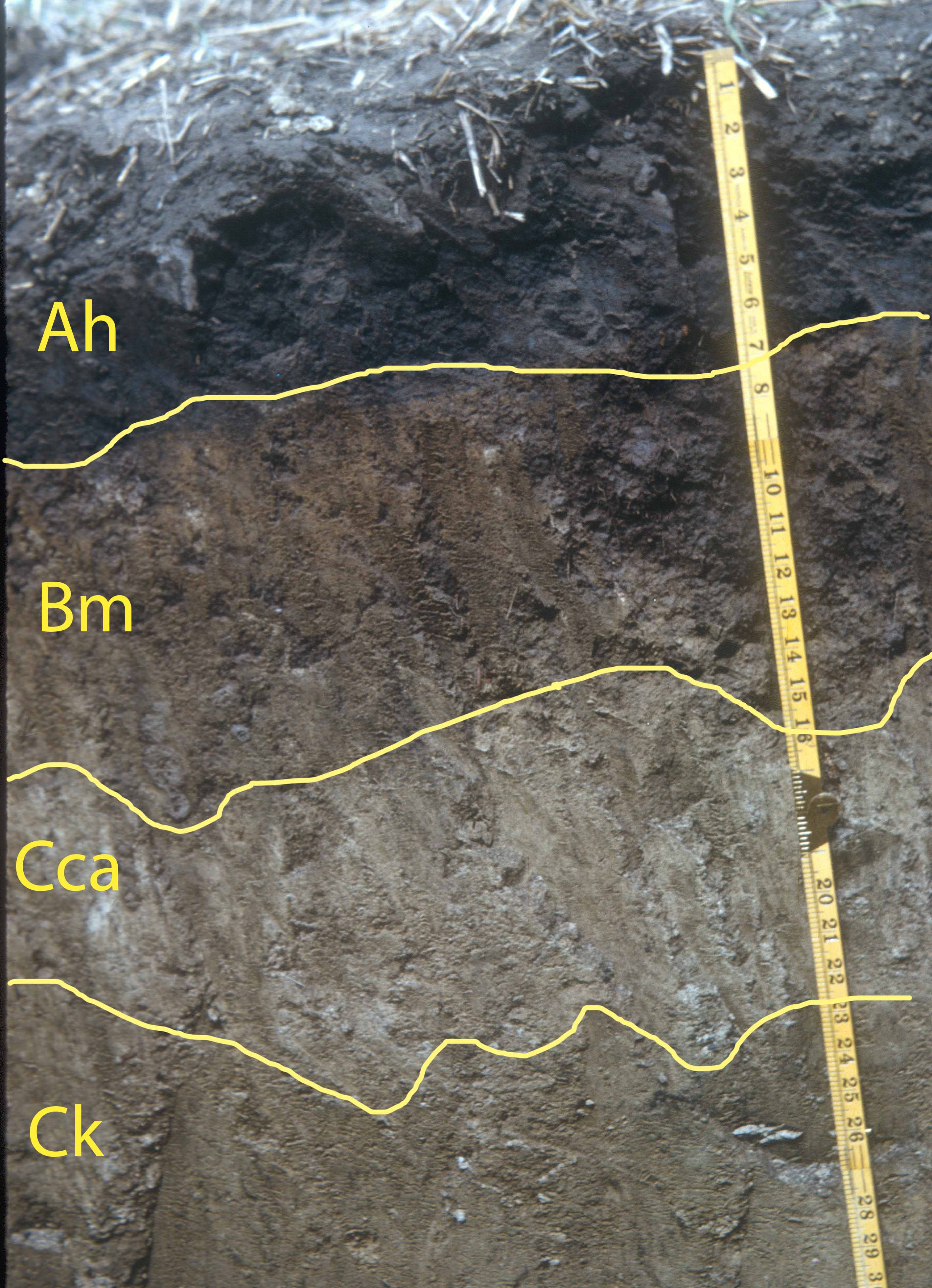 Black Chernozemic soils have the highest organic matter levels (and hence the darkest Ah horizon colours) of the Chernozemic order. The Ah here may be ploughed (making it an Ap horizons). It overlies the minimally transformed Bm horizon. Two C horizons occur – a C horizon enriched with calcium carbonate from the overlying horizons (Cca) and one which has only the original calcium carbonate from the parent material (Ck). 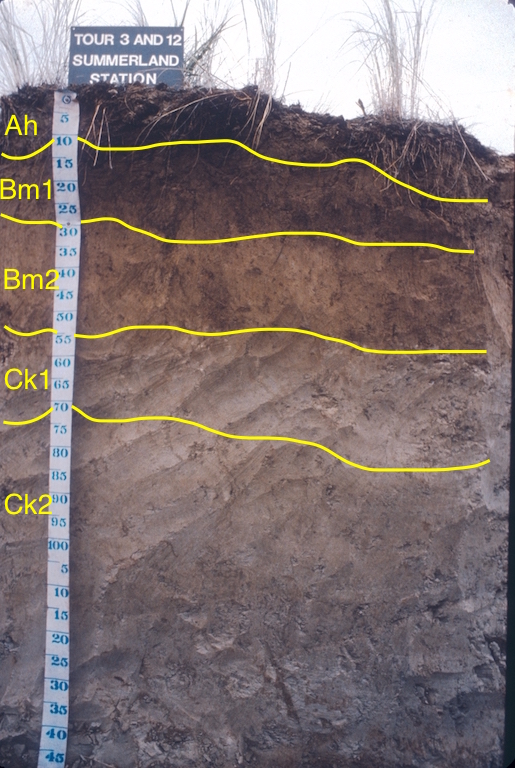 This soil formed in finely bedded lacustrine silts and has a thin Ah horizon and a dry horizon colour of grayish brown (10YR 5/2.5). The soil formed in dry (300 mm precipitation per year) climate under a sagebrush/fescue plant cover. The two Bm horizons are differentiated on the basis of colour, and the darker Bm1 has higher organic carbon levels than the lighter-coloured Bm2 horizon. This soil is dominates in the driest areas of the Prairie Provinces as well. 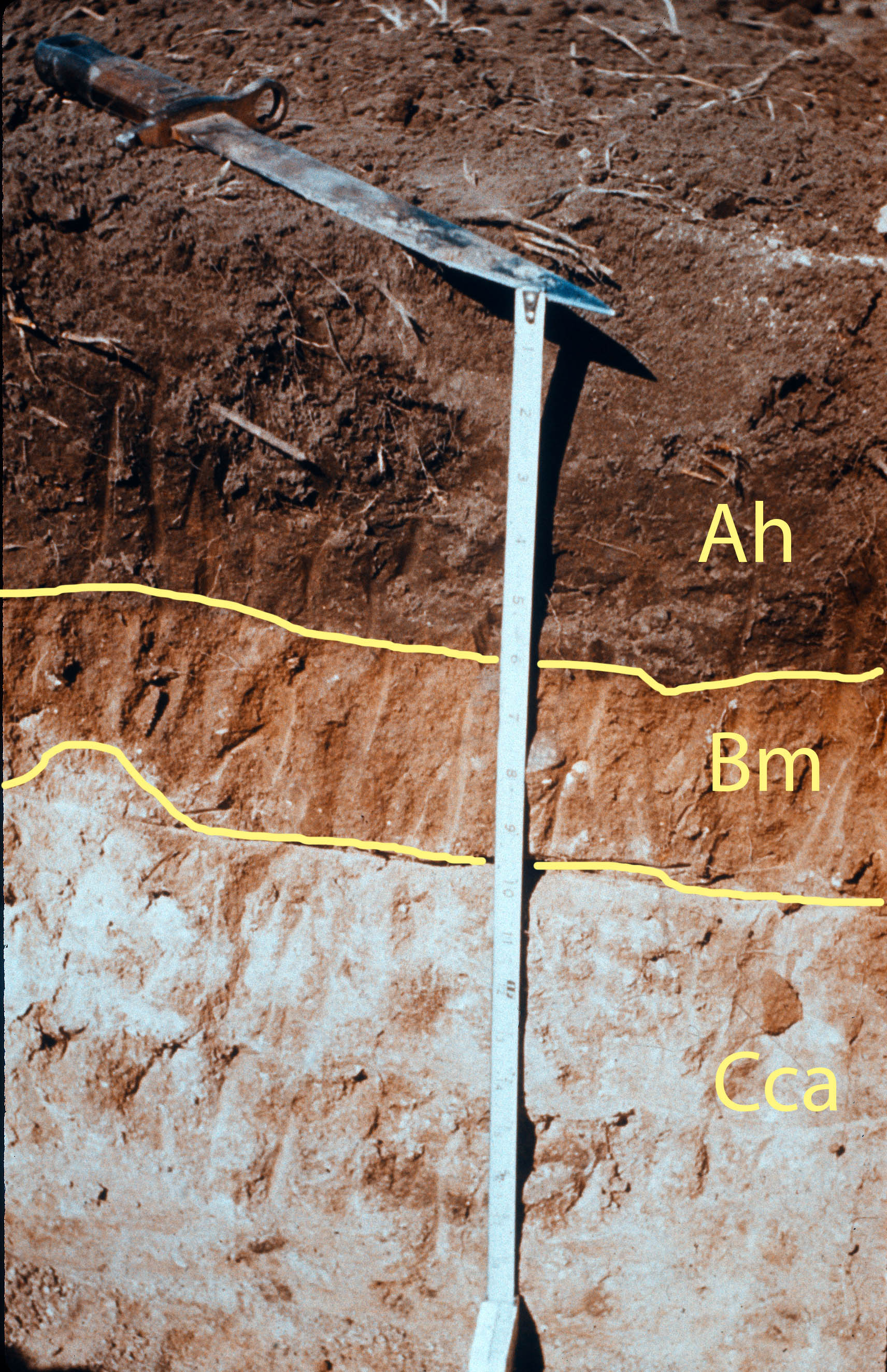 This soil is a “classic” Dark Brown Chernozem – the Ah horizon directly overlies a minimally developed Bm horizon which in turn overlies the Cca horizon. The calcium carbonate in the Ah and Bm has been dissolved through chemical weathering and has re-precipitated in the Cca horizon, imparting the light gray colour to the horizon. 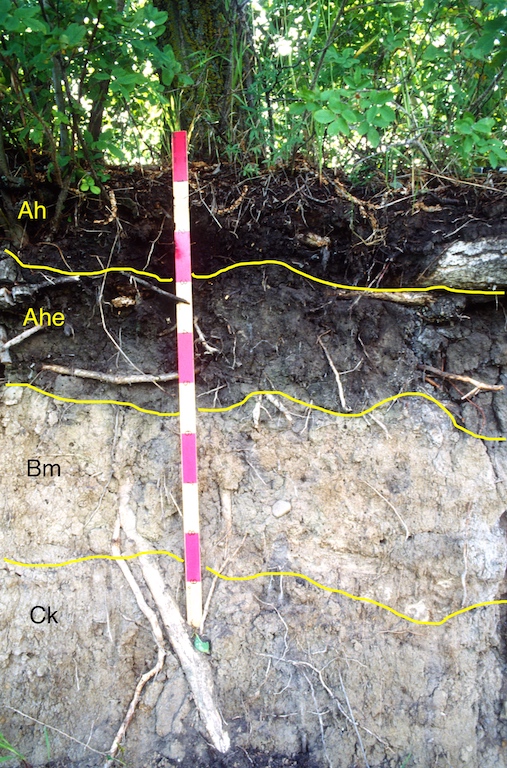 This is a thick variant of the Dark Gray Chernozems, which are soils that occur in the transitional parkland zone between the grasslands and the Boreal forest. This soil has a Black Ah underlain by an Ahe horizon that has both grayish, bleached splotches (e for eluviation) and humus accumulation (h for humus). These horizons are typically described as having a salt and pepper colour. The two A horizons overlie a typical minimally developed Bm; often a weakly developed texture-contrast (Btj) horizon occurs in these soils as well.